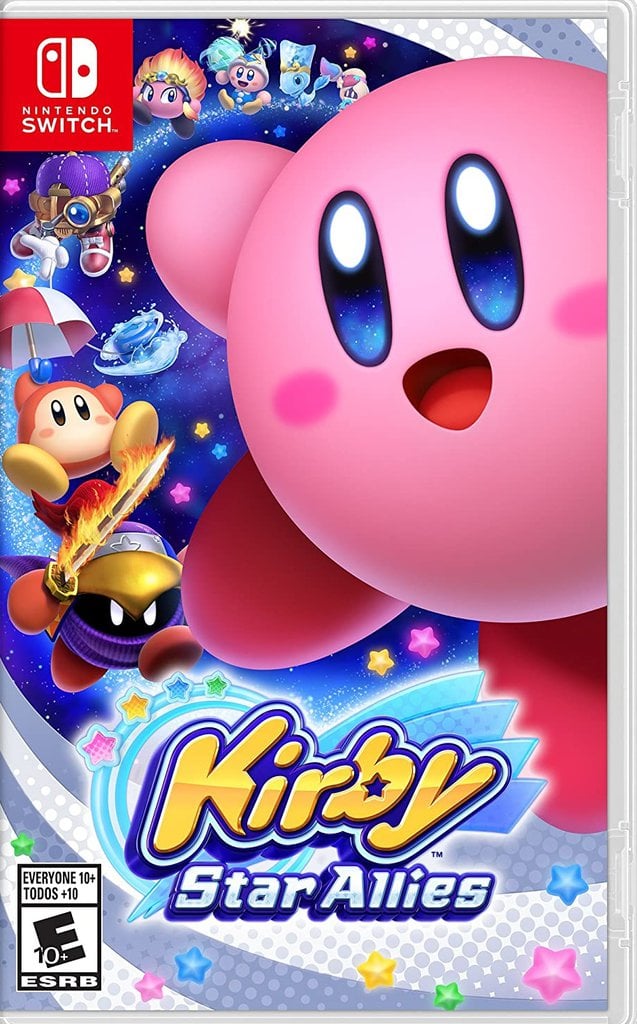 
Team up with your friends to get even stronger in Kirby Star Allies, a colorful platform adventure exclusive to Nintendo Switch! Travel through Dream Land with a team of up to four players *** and combine your copy powers for spectacular special attacks and even new powers!

Dark hearts are falling from the sky and now something is wrong in Dream Land! When Kirby is hit by a falling heart, a curious thing happens. Kirby is given the ability to spread love and make unlikely allies to help him restore peace to Dream Land.

As usual from Kirby, you can vacuum enemies and spit them out to clear obstacles and other enemies. You can also copy the powers of some enemies, allowing you to use them yourself.

You can create three allies by throwing friends’ hearts at enemies. If you combine copying powers you can perform strong attacks, solve puzzles or improve your weapons. Try to combine your copy powers with different elements (such as fire, water and wind) by lending or giving them to your allies. When you combine Rock and Ice powers, you turn your enemies into smooth curling bricks that you can ram through walls. If you combine the powers Fire and Sword, you get the Flame Sword. And so on!

Sometimes it is necessary for all four teammates to do one big special attack together. Form a circle of friends to roll through everything, steam through the level like a friend train or walk across a friend bridge to the other side of a deep canyon!

Defeat your enemies in all kinds of ways with brand new and proven copying powers. Catch your enemies into a ball of cobwebs with the Spin power or ram them into the ground with the Suplex power. There are tons of powers to discover, each with its own unique attacks.

The more the merrier

Four players can play together anytime, anywhere! Make an in-game ally with a friend’s heart, then give a Joy-Con or Nintendo Switch Pro controller to a friend! Discover new paths by combining copy powers and work together to defeat tough bosses.

Take on your friends or the computer in two crazy mini-games. Cut down a tree as quickly as possible in ‘Woodhack Heroes’ and whack an oncoming meteor back into space in ‘Cosmic Clubbing’. Whoever collects the most wood or hits the meteor furthest away wins.

If your team has taken damage, you can use Kirby series amiibo (sold separately in the Nintendo store) to obtain a variety of fruits that can be used to regain HP. You can use an amiibo eight times per level. This way your team is always in top condition!

With free post-release updates *, even favorite characters from previous installments of the series can become friends with Kirby! Well, Dream Friends, anyway! If you’re saving the world it’s good to be flanked by a few heavyweights like King Dedede, Meta Knight and Bandana-Waddle Dee!
Form a group of unlikely allies to discover your true power in Kirby Star Allies, a fantastic platform adventure for up to four players. Exclusive to Nintendo Switch. 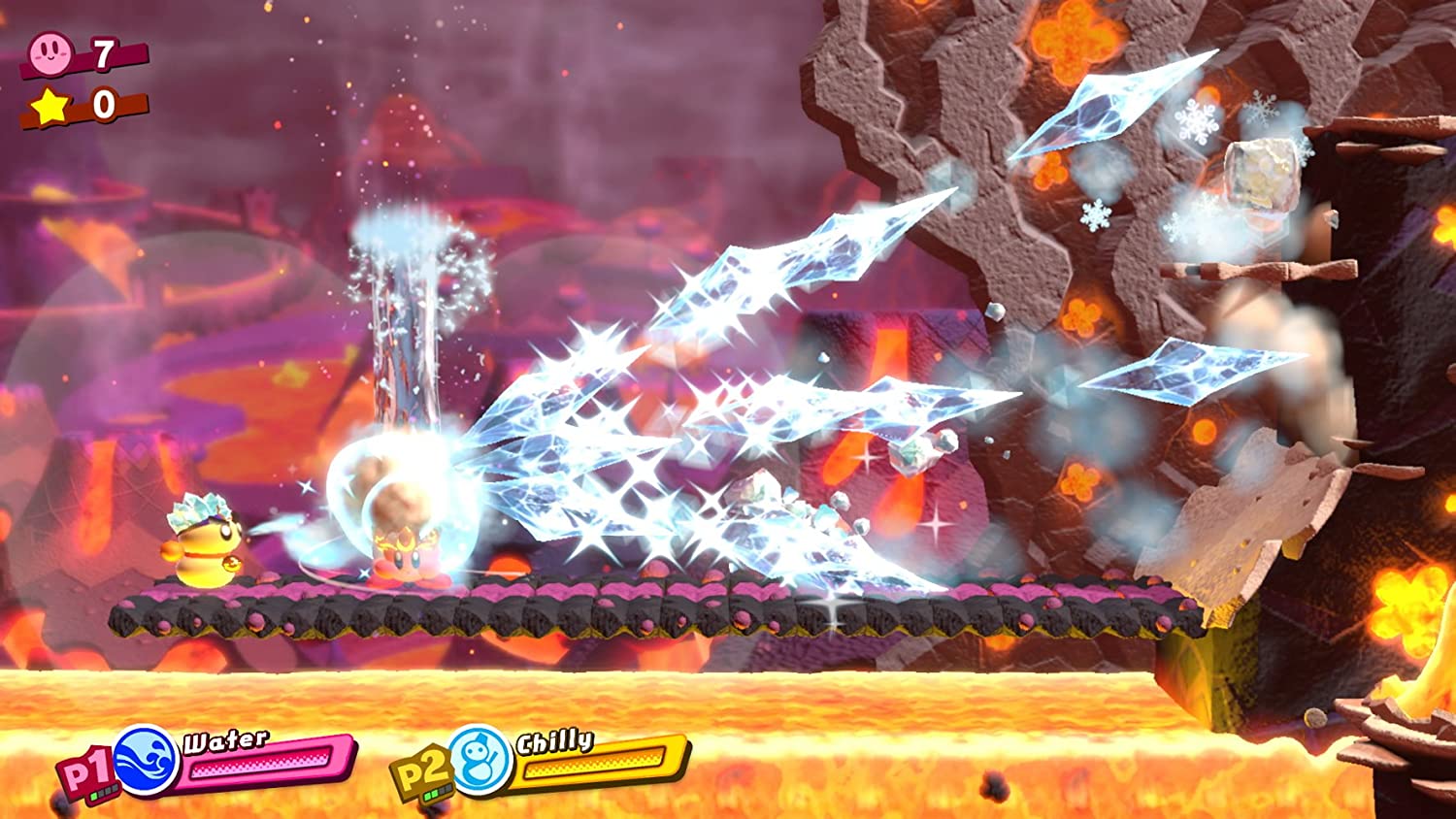