Ported over to the PC platform in 2002 from the original PS2 version, Grand Theft Auto III is the first 3D game in the GTA series, the fifth game in the series overall and the one that introduced players to the famous in-game environment of Liberty City. It is widely considered one of the most important video games in history due to the popularity it generated for the open-ended gameplay style of the GTA franchise. In the game you play an unnamed character who in order to confront his ex-girlfriend, who betrayed him during a bank robbery, must rise in the ranks of the criminal underworld of Liberty City. With a cast of hundreds, 50 plus vehicles, ranging from sports cars to ice cream trucks and from boats to buses, 3 hours of music, including opera, reggae, house, drum and bass, pop and disco, a huge array of street ready weapons and some of the seediest characters in video game history, Grand Theft Auto 3 is a sprawling epic which will show you that sometimes, crime can pay and sometimes it can pay you back. Key Features

Welcome to Vice City. Welcome to the 1980s…Having just made it back onto the streets of Liberty City after a long stretch in maximum security, Tommy Vercetti is sent to Vice City by his old boss, Sonny Forelli. They were understandably nervous about his reappearance in Liberty City, so a trip down south seemed like a good idea. But all does not go smoothly upon his arrival in the glamorous, hedonistic metropolis of Vice City. He’s set up and is left with no money and no merchandise. Sonny wants his money back, but the biker gangs, Cuban gangsters, and corrupt politicians stand in his way. Most of Vice City seems to want Tommy dead. His only answer is to fight back and take over the city himself. But all work and no play does indeed make Tommy a dull boy. Thankfully, for the action man, or outdoors type, there’s tons of fun things to do and adventures to be had in the aptly named Vice City… guaranteed. And for the secretive or creepy type, it is a place full of surprises, a place where you’ll constantly be surprised by the vivacious, fun-loving types who live there and the things you can discover. Originally released for PlayStation 2 in 2002 and ported over to the PC a year later, Grand Theft Auto: Vice City is chock full of 1980s American culture references, as well as a continuation of the sandbox style action adventure gameplay that is the hallmark of the GTA series. It is also one of the top selling games of all-time on the PS2 platform. Key Features

Five years ago Carl Johnson escaped from the pressures of life in Los Santos, San Andreas… a city tearing itself apart with gang trouble, drugs and corruption. Here film stars and millionaires do their best to avoid the dealers and gangbangers. Now, it’s the early 90s. Carl’s got to go home. His mother has been murdered, his family has fallen apart and his childhood friends are all heading towards disaster. On his return to the neighborhood, a couple of corrupt cops frame him for homicide. CJ is forced on a journey that takes him across the entire state of San Andreas, to save his family and to take control of the streets. Originally released in 2004, the now infamous GTA: San Andreas is fully optimized for the PC platform, featuring polished and enhanced graphics, visual effects, soundtrack capabilities, instant replay, player mod support and more. Key Features 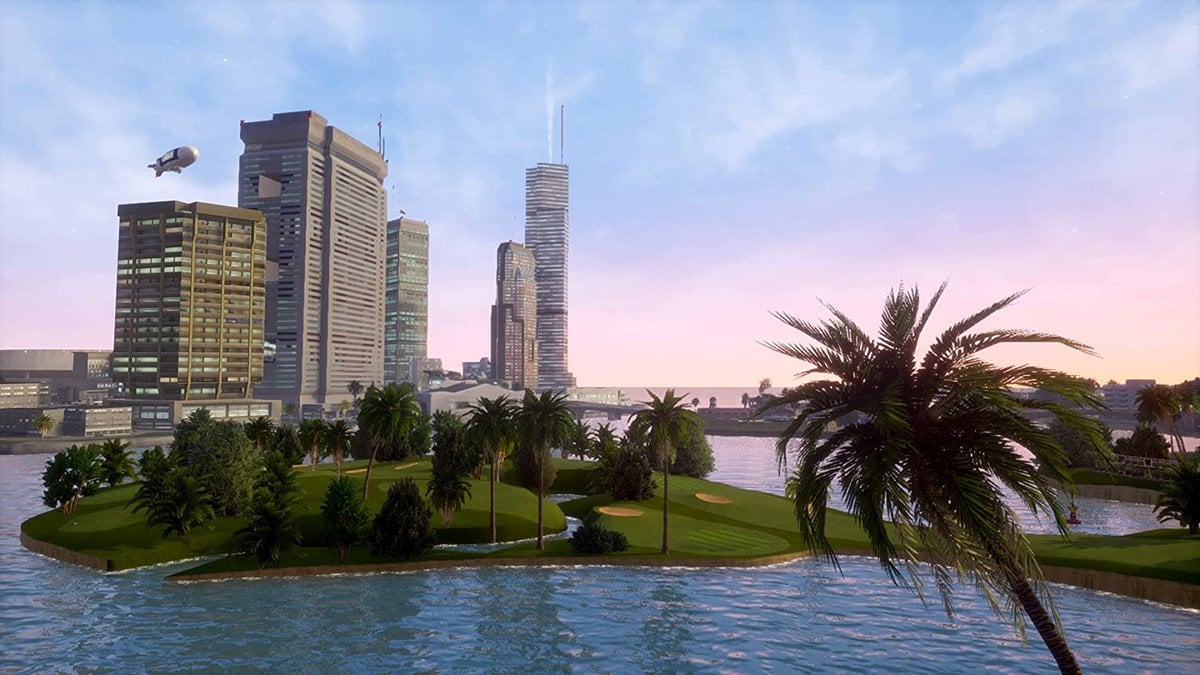