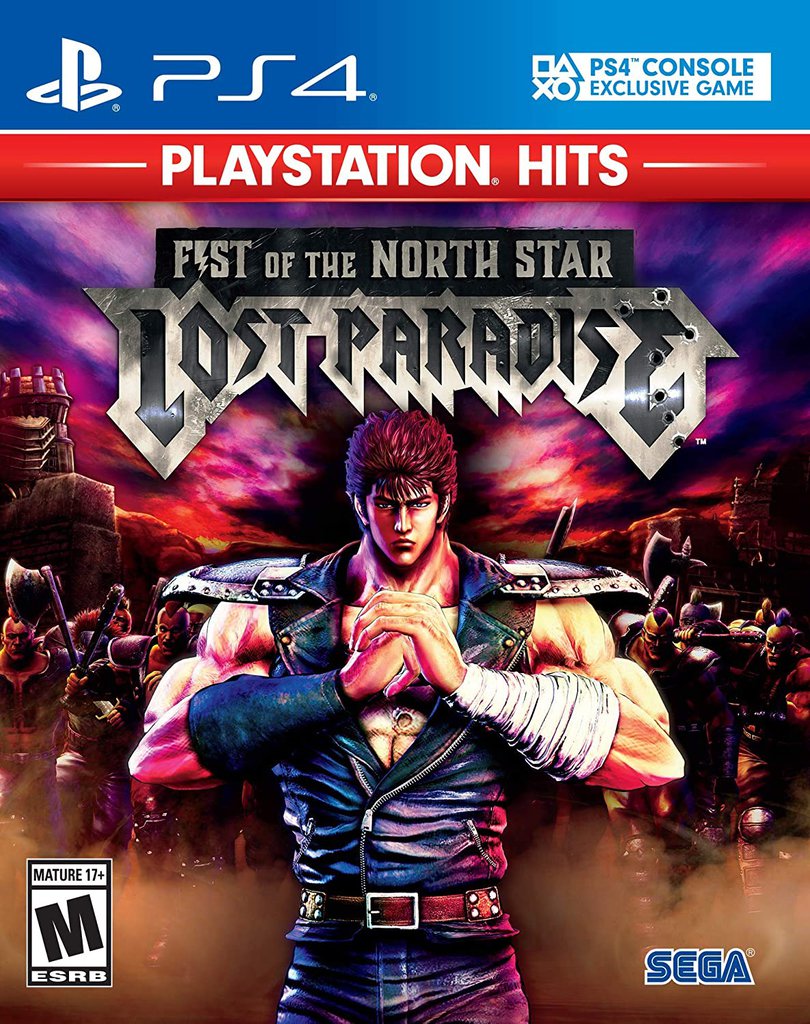 Fist of the North Star: Lost Paradise is a high-intensity action-adventure RPG based within the world of the beloved Fist of the North Star manga. Players take control of protagonist Kenshiro as they progress through an alternate universe of the original story. Prepare to explore the post-apocalyptic wastes of the Earth in a customizable buggy and tear through groups of thugs using Kenshiro’s signature “”Hokuto Shinken”” combat techniques. Lost Paradise’s world is packed with character-developing and world-building side missions, as well as a collection of hilarious minigames. From buggy races and rhythm-based “”Hokuto Shinken”” chiropractic therapy sessions, to managing a nightclub and more. There are plenty of adventures that explore the world outside of battle in new and creative ways! Explore a Lost Paradise and the Wasteland Surrounding It – Even Kenshiro needs the occasional break from beating up thugs. Luckily, even in the dilapidated city of Eden, there’s no shortage of engaging side missions and minigames to take part in. Use the power of “”Hokuto Shinken”” to prepare drinks at a bar, manage a struggling nightclub, customize a buggy and race through the barren desert, play retro games at the arcade or your hideout, including the original Fist of the North Star game, and more! Tired of the city? Head out into the wasteland in your buggy to collect materials and complete side missions, but be careful of hidden dangers lurking beyond the dunes!