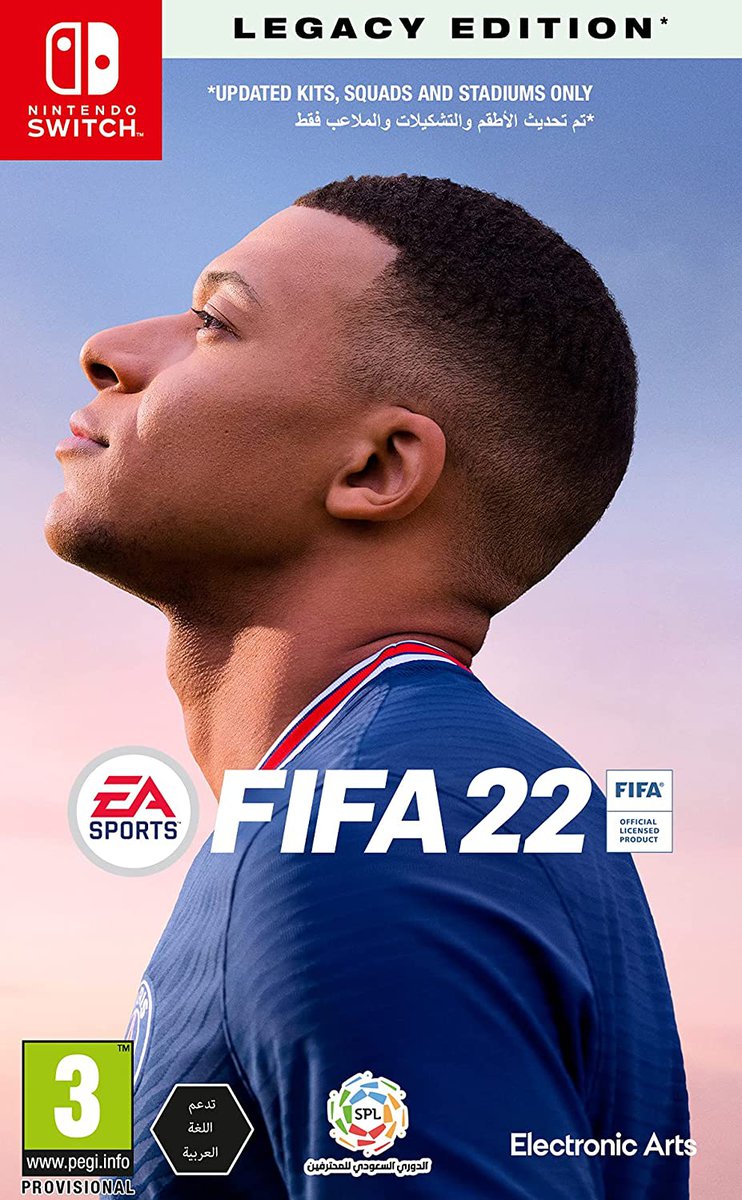 Powered by Football™, EA SPORTS™ FIFA 22 Legacy Edition on Nintendo Switch™ featuring the latest kits, clubs, and squads from some of top leagues around the world. It will also feature some of the world’s most famous stadiums, including some brand new to FIFA 22. Gameplay features and modes will have parity with FIFA 21 on Nintendo Switch. GAMEPLAY FIFA 22 Legacy Edition will feature the same gameplay innovation from FIFA 21 without any new development or significant enhancements. PRESENTATION FIFA 22 Legacy Edition will feature an updated visual identity with a newly design in-game front end and menu screens. Broadcast overlay packages will be refreshed across all modes. LEGACY MODES The following Game Modes will be included in FIFA 22 with the same features from FIFA 21. • Kick Off • Career Mode • Tournaments – Licensed and Custom, including the UEFA Champions League • Women’s International Cup • Skill Games • Online Seasons • Online Friendlies • Local Seasons FIFA ULTIMATE TEAM™ FIFA Ultimate Team will include: • Manager Tasks • Single Player & Online Seasons • Single Player & Online Tournaments • Single Player & Online Draft • Online Single Match • Squad Building Challenges This game includes optional in-game purchases of virtual currency that can be used to acquire virtual in-game items, including a random selection of virtual in-game items. Game requires a download of at least 14 GB via an Internet connection. You may also be required to create or link a Nintendo Account. microSD card may be required depending on your storage. 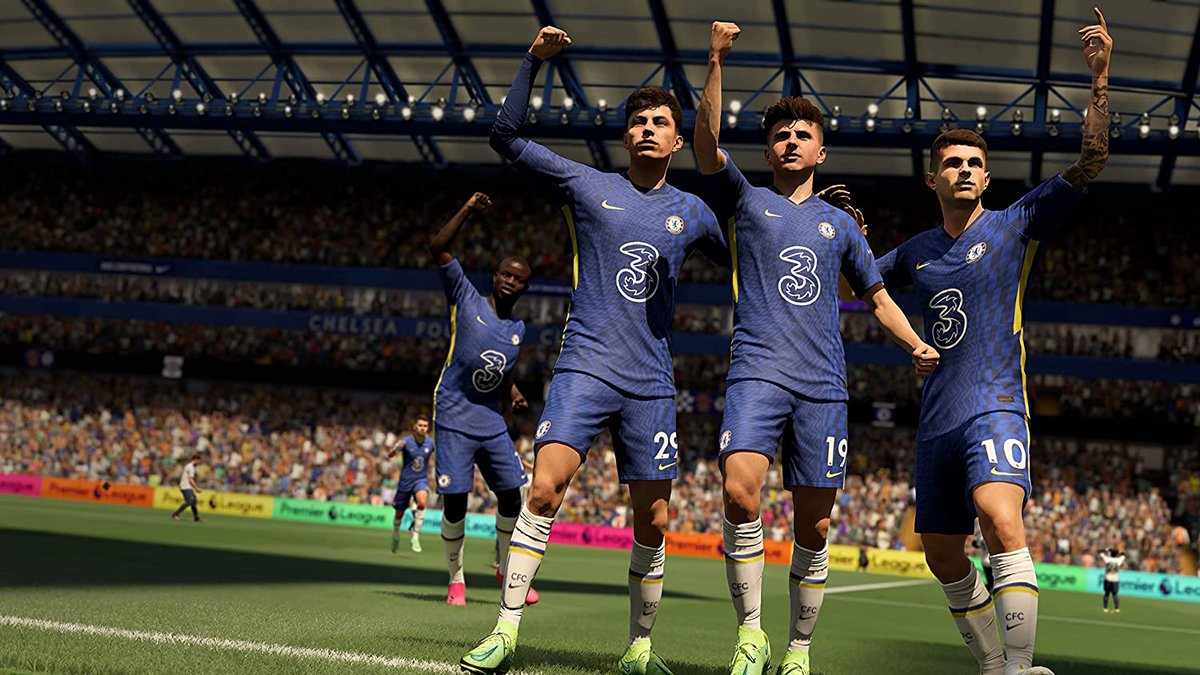 Any questions? We are always happy to help: s[email protected]