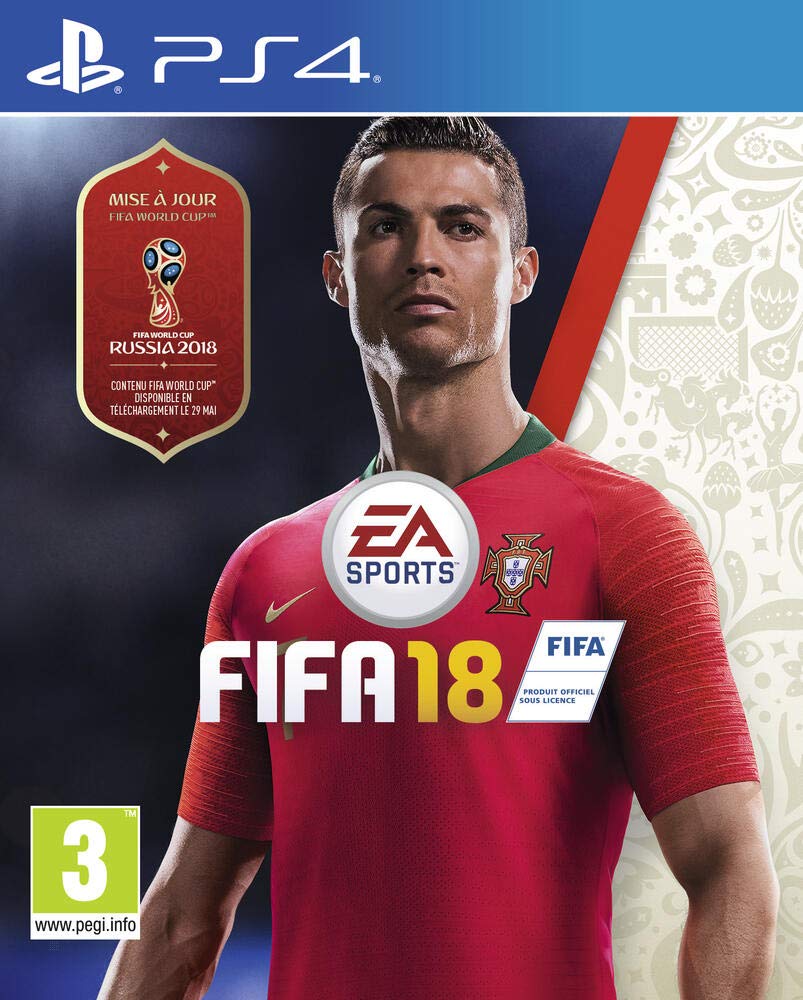 Powered by Frostbite, EA SPORTS FIFA 18 blurs the line between the virtual and real worlds, bringing to life the players, teams, and aospheres that immerse you in the emotion of The World’s Game. The biggest step in gameplay innovation in franchise history, FIFA 18 introduces Real Player Motion Technology, an all new animation system which unlocks a new level of responsiveness, and player personality – now Cristiano Ronaldo and other top players feel and move exactly like they do on the real pitch. Player Control combined with new Team Styles and Positioning give you the tools to deliver Dramatic Moments that ignite Immersive Aospheres around the world. The World’s Game also takes you on a global journey as Alex Hunter Returns along with a star studded cast of characters, including Cristiano Ronaldo and other European football stars. GAMEPLAY AND PRESENTATION Powered by Frostbite Attention to innovation in true to life action, new football worlds and character depth, Frostbite helps to further blur the lines between the virtual and real worlds. Using movie studio style advanced shadowing and occlusion techniques to benefit character rendering and overall pitch presentation, FIFA 18 delivers the most visually arresting and authentic football simulation ever. Player Control Team Styles and Positioning Immersive Aospheres Dramatic Moments THE JOURNEY: HUNTER RETURNS The World’s Game takes you on a global journey as Alex Hunter returns along with a star studded cast of characters and top football talent, like Ronaldo and other European stars. After a breathtaking first season in the Premier League, Hunter is gaining recognition from top clubs the world over and he is willing to explore any options coming his way. He feels ready to take the next step, his future is bright, and the world is talking about Hunter….but life in football isn’t always fair. Tour the Football World: From a summer break in Brazil, to a pre season tour in Los Angeles, Alex Hunter experiences diverse football landscapes in a truly global journey. More to Play For: Chapter based, short term objectives give Alex Hunter more to play for as he navigates his way through the second season of a prospering career. A Star Studded Cast: Cristiano Ronaldo leads a list of footballing greats and new, diverse characters in a star studded cast well suited to a blockbuster sequel. Impactful Decisions: Players will be faced with bigger and more difficult choices that will alter the story with long term consequences.  Shape The Journey narrative in a personal way by making decisions that dictate Alex Hunter’s career and effect relationships with characters both on and off the pitch. Your Alex Hunter: Personalize the look of Alex Hunter by selecting his hair, tattoos, and clothing from a series of options. You can even pick Alex’s dominant foot to make sure he suits your playing style. Local Multiplayer: Play The Journey as a team through local multiplayer, and experience on pitch action with friends. New Playable Characters: Now players have the option to experience short, standalone stories with new playable characters that Alex meets throughout The Journey.