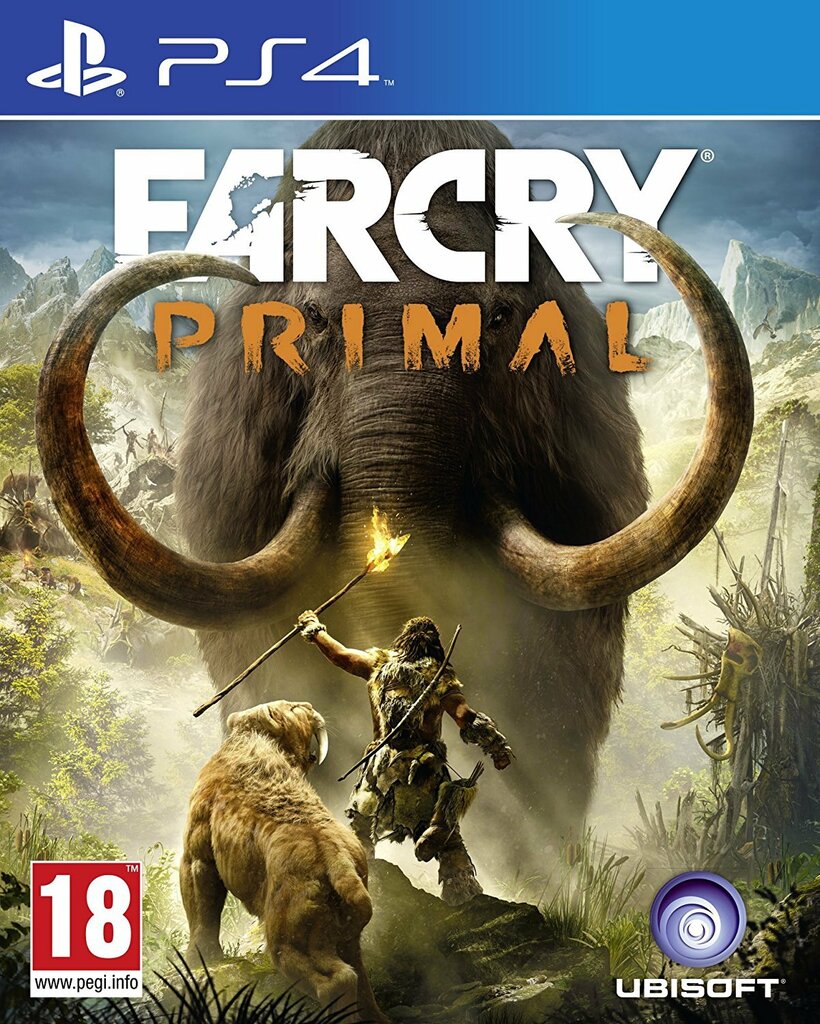 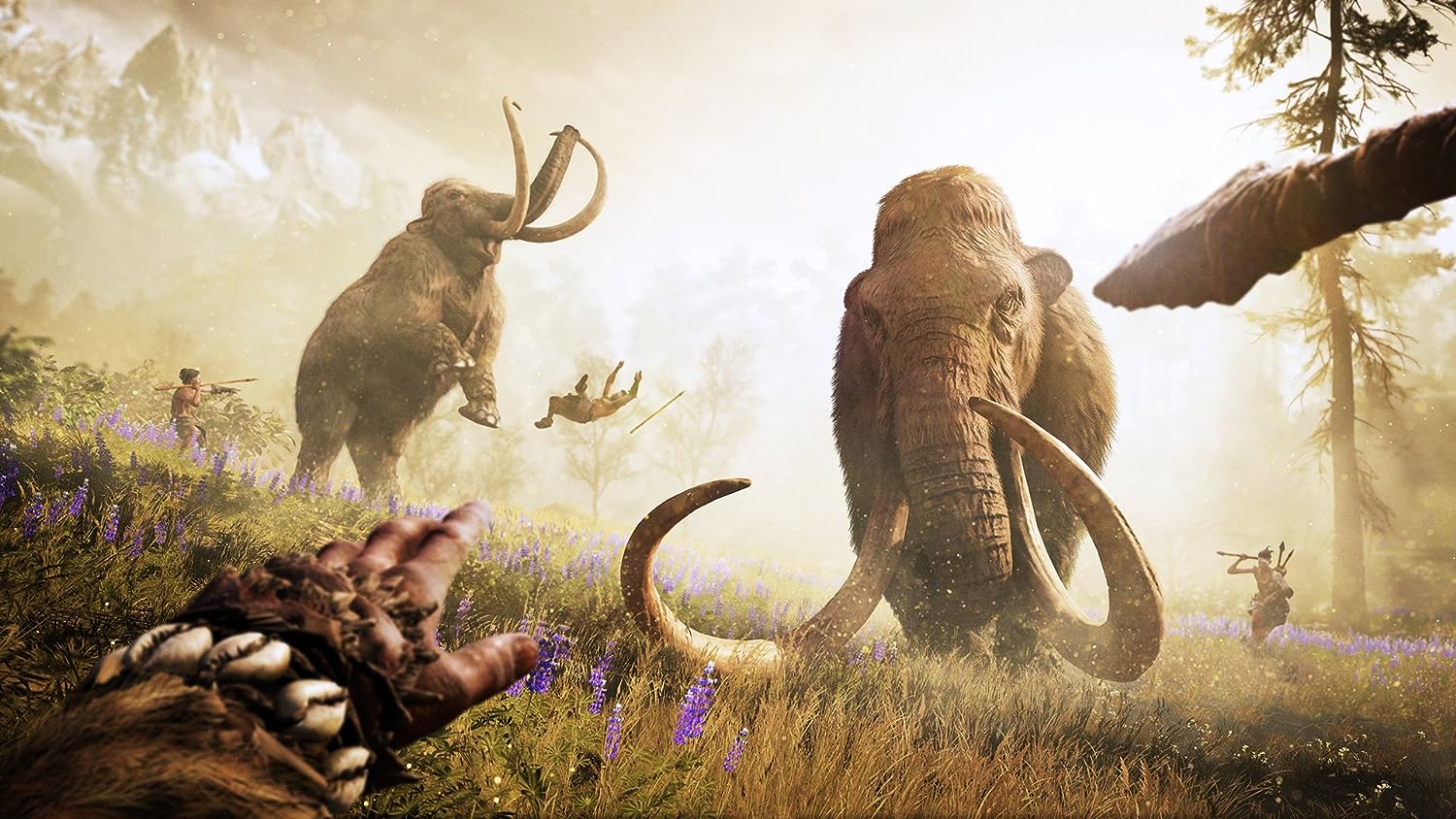 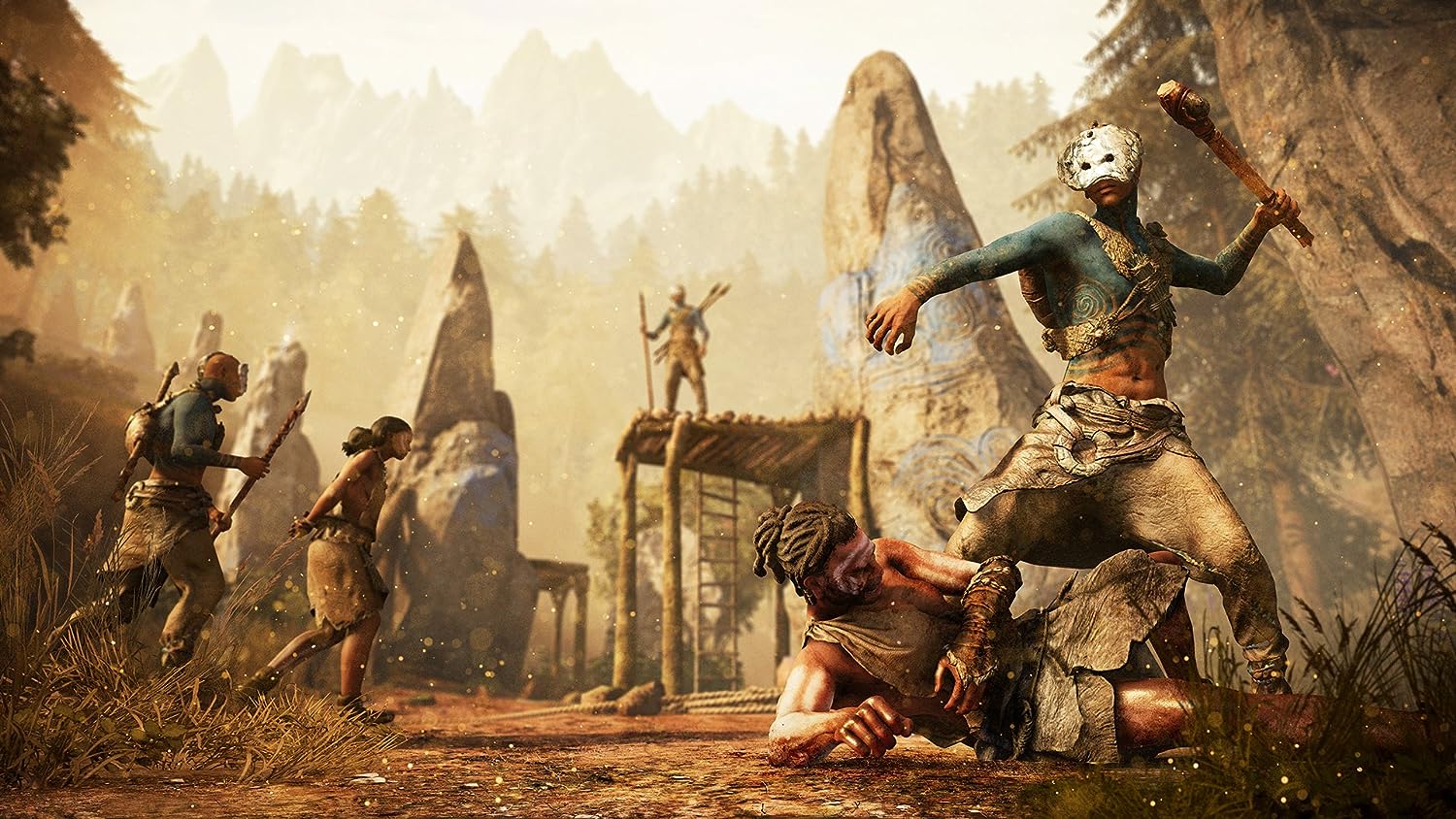 The award-winning Far Cry franchise that has stormed the tropics and the Himalayas now enters the original fight for humanity’s survival with its innovative open-world sandbox gameplay, bringing together massive beasts, breathtaking environments, and unpredictable savage encounters. Welcome to the Stone Age, a time of extreme danger and limitless adventure, when giant mammoths and sabretooth tigers ruled the Earth, and humanity is at the bottom of the food chain. As the last survivor of your hunting group, you will learn to craft a deadly arsenal, fend off fierce predators, and outsmart enemy tribes to conquer the land of Oros and become the Apex Predator. Far Cry Primal will be available on PlayStation 4, XBOX One, and PC, coming out early 2016. Key Features FROM PREY TO PREDATOR You will play as Takkar, a seasoned hunter and the last surviving member of your group. You have one goal: survival in a world where you are the prey. Grow your tribe and hone your skills to lead your people. Encounter a cast of memorable characters who can help push back the dangers of the wild. Face enemy tribes who will do anything to eradicate you and your allies. Defeat predators and humans alike and rise to become the apex predator. THIS IS FAR CRY’S STONE AGE This isn’t the Stone Age as you know it. This is the Stone Age with irreverence and mayhem. This is Far Cry’s Stone Age. Stalk enemy outposts and plan your attack using weapons and tools crafted from the bones of beasts you’ve killed. Master the element of fire to expand your tactical options, setting your weapon on fire or scaring predators at night. Land the killing blow on the prey you’ve hunted across the plains. But beware, its scent may attract predators willing to fight you for the prize. The rich setting of the Stone Age only multiplies the amount of deadly weapons, dangerous threats, and incredible stories that Far Cry is known for. A WORLD RULED BY GIANT BEASTS After the last Ice Age, the glaciers retreated to leave behind a land blooming with nature and resources where humans and animals alike can thrive – provided they have what it takes to prove their dominance. Discover the majestic and savage land of Oros with its breathtaking valley of redwood forests, harsh taiga, and humid swamps where you can see Earth as it was before man laid claim to it. Oros teems with life from large herds of deer and vicious packs of dire-wolves to warring enemy tribes. It is ruled by megafauna such as sabretooth tigers and woolly mammoths, giant animals that dominated the Earth in the Stone Age and were feared by every other living being.