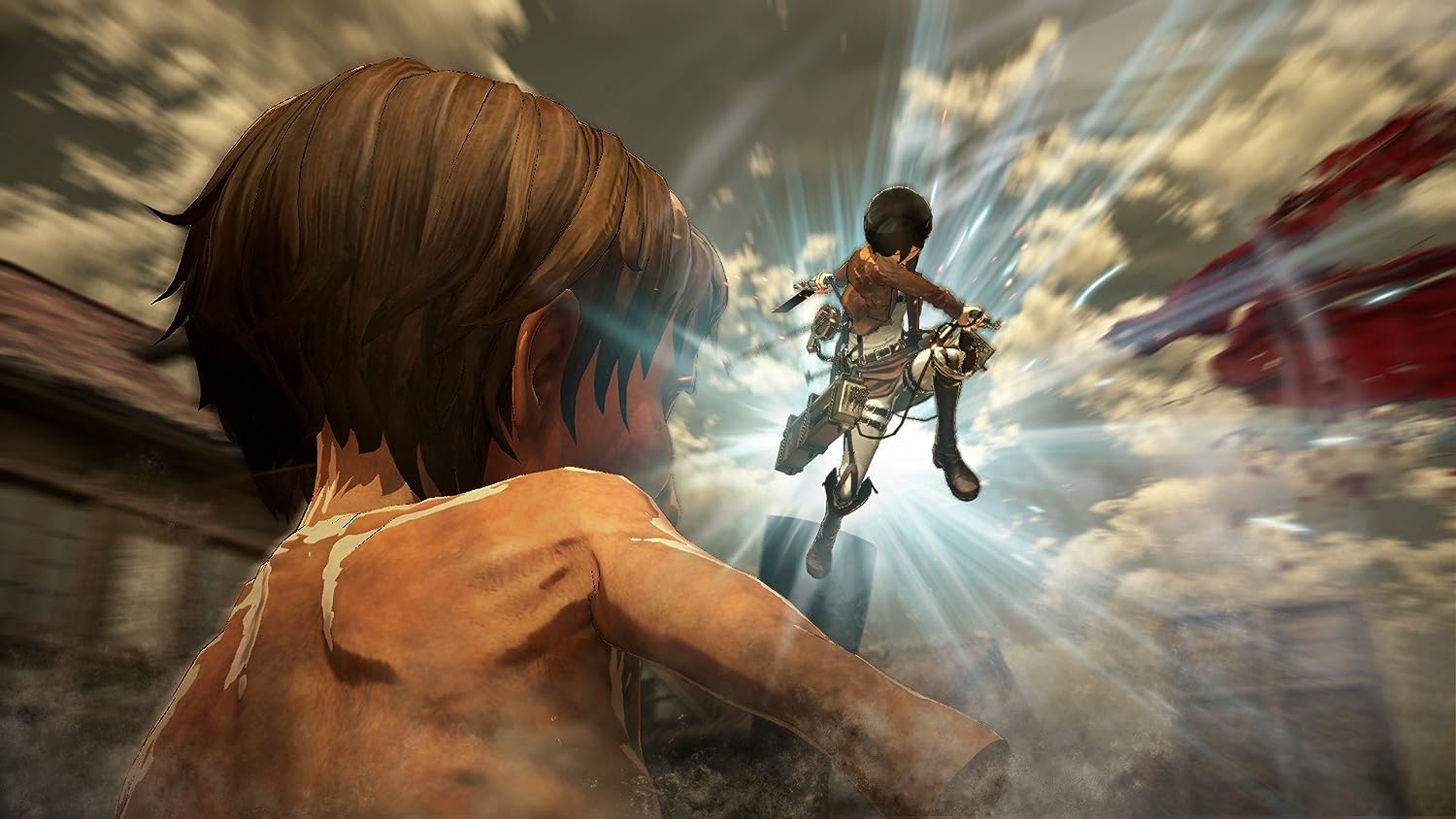 An international hit anime ‘Attack on Titan’ has come to the PlayStation®! Attack on Titan closely follows the riveting story-line of the anime’s first season and focuses on the exploits of various key characters, putting the player in a position to relive its most shocking, courageous and exhilarating moments. It revolves around the story of three young people who survive the destruction of their walled city district by enormous, man-eating Titans and eventually go on to join the Scout Regiment in order to protect humanity from this overpowering foe. Battle is joined between the man-eating Titans and Eren and his companions. Experience the illusion of being in the anime, and controlling the flow of the story. The story from the anime, with a few original twists, is yours to experience! In-game purchases optional 1 player Network Players 2-4 – Full game requires PlayStation®Plus membership to access online multiplayer 10MB minimum save size DUALSHOCK®4 Vibration Function Remote Play Supported HD Video Output 720p,1080i,1080p
Template is not defined.
Template is not defined.